The Internet of things can bring us back to the Middle Ages!

On the Internet, an expert opinion is increasingly found that the concept of property is beginning to lose its essence. There are suggestions that the Internet of things makes us look like medieval peasants. In this article we will figure out where such conclusions came from and whether at least some part of the truth is behind them.

Aquarium with fish that cracked the casino database 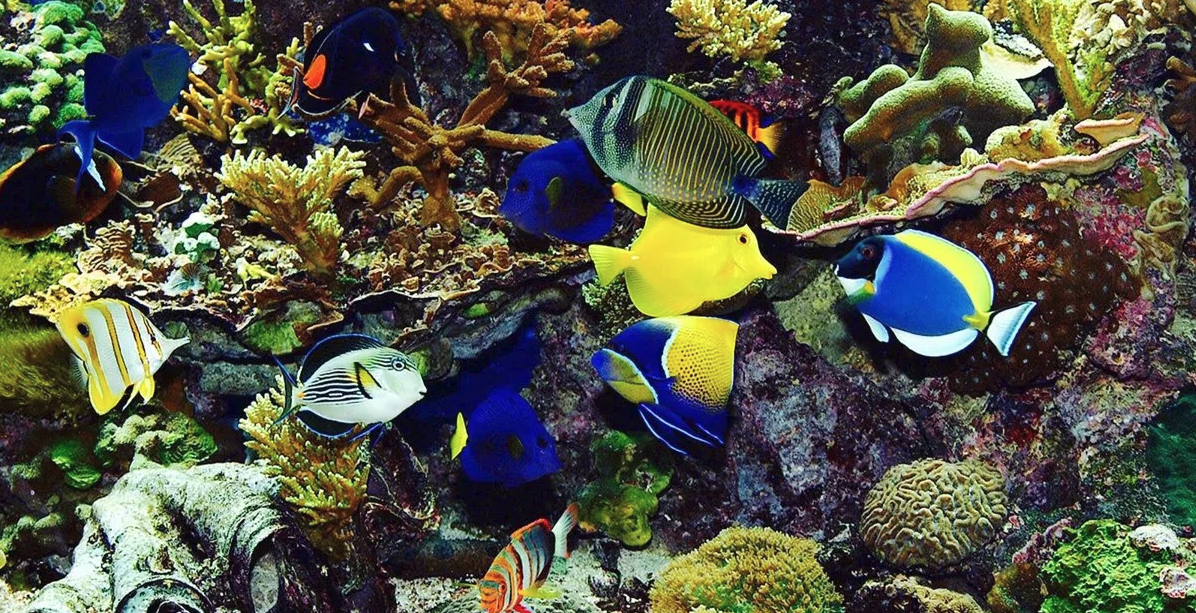 Everything connected to the Internet carries a threat. Recently, news appeared that demonstrated the main problem of the Internet of things - vulnerability.

Hackers from Finland managed to access the main computer of the gambling establishment through an aquarium. Along with the fish, inside the glass vessel there were special sensors that were connected to the network and sent information to the casino owners about the temperature and degree of water pollution. And these same sensors transferred 10 GB of confidential information to Finland.

So was there real power over this clever device on the part of the owners of the entertainment institution, or did its developers still have it?

We all live in a space where there are so many different kinds of sensors. In addition to smart aquariums, there are refrigerators that order food themselves and talk about the degree of its freshness, there are smart washing machines, toasters and watches. All this is a great value, a great technological achievement and an inexhaustible bowl of income for sellers.

After all, it is precisely those who offer you all these technological innovations that are to some extent interested in gaining access to your information. For example, if you sell smart refrigerators, then why don't you also sell customer databases to various organizations at the same time. It would be great for those who make sausages to know their target audience and to contact them directly. But how to calculate them? Through a refrigerator that knows what its owner is eating!

Do you know Roomba robots? These handsome men can create a map of the house in which they clean. Recently, in popular technical magazines, information began to appear that their creator may well begin to sell these cards to their partners. The manufacturer iRobot almost swore by his mother that nothing like this could happen, but the sediment remained.

Smart devices have loopholes from the start!

All these IoT devices can be used with a double benefit - just sell them, and also share the information they receive with interested parties.

There was a scandal with a popular adult toy called WeVibe, which transmitted very intimate information. The model is controlled via a smartphone and can send data to its developer about how often, with what settings and at what time of day it started. Everyone was happy with the situation until the moment the owners of the gadgets found out that they were actually being watched. Now, after a series of ships, WeVibe manufacturers have to pay multi-million dollar compensation to embittered vibrators.

Lenovo also had a similar jamb - computers of this company were sold along with firmware called Superfish, which secretly intercepted traffic, displayed targeted ads in search engines, and also had access to encrypted data and financial transactions.

We do not control our devices only because when we buy, for example, a smartphone, we acquire only the right to use the software inside it. You can’t say that you bought a phone, and now all the programs inside it belong to you? The developers say that programs are their property and they can control their functioning.

You can compare it with something simpler, for example with a bicycle. How do you feel about the fact that you will get a two-wheeled friend, and the seller will tell you that some part of your purchase (say, pedals) will always belong to him.

Such a framework just destroys possession in the full sense of the word.

John Deere, a mechanical engineering manufacturer, openly told farmers that the tractors they cut do not belong to them. They only have a software license in their hands, so you can’t even repair this equipment with your own hands, and sending it to a third-party workshop is generally unacceptable. All this is written in the user agreement. The farmers were indignant, but there was nothing to be done.

Now, imagine that it was you who replaced the owner of the tractor, a computer with a tracking system, or toys for adults. Unpleasant. And, moreover, if the Internet of things is not properly regulated, then you will find yourself in this situation. Manufacturers of smart homes, refrigerators and automobiles will definitely not stand aside and will use a similar approach.

That is why we are creating a platform aimed at eliminating vulnerabilities in IoT devices. Uline.pro will allow you to control every unit of smart devices and make it work exclusively for the benefit of its owner.

The leak of personal data and the lack of rights to the purchased item is a problem, and it will be resolved very soon.

Feudalism is back again?

In the Middle Ages, during the time of feudalism, the king had unlimited possessions. The presence of someone's property rights depended solely on the degree of closeness of relations with the elite. The peasants lived on the territory of the possessions of local lords, who received land as a gift from the king. Moreover, they were not even the owners of the tools they worked with.

Over the past time, everything has evolved for the better - now you can buy and sell various goods, have the right to own land and other objects. The total freedom that certain legislative cases contribute to the framework.

If you have a car, you can paint it without asking permission from the manufacturer, and you can also change the oil in any, even an unofficial workshop. You can assemble it and take it apart again. The same applies to all items that you own and that do not have a “smart” prefix.

The Internet of things returns us to feudalism, because, in fact, all these smart objects are not yours. If you are against this state of affairs, then be so kind as to study the law on intellectual property, where copyright ideas and developments are protected. So, the feeling of ownership of IoT devices, unfortunately, is only imaginary.

Is there at least some kind of intellectual property management?

Yes, the owner of intellectual property. We will explain now.

For example, you have purchased a Samsung brand smartphone. Its operating system is subordinate to Google, as is the Google Apps service. Google decides to sell the Samsung license in order to develop its own interface modifications, and in this case you acquire a sublicense for the right to use the phone. And if Samsung decides to enter into transactions with developers who want to get your personal data, they will receive it.

And what can you do to drive all unnecessary people out of your device? Remove ads, all these spies and thieves? Feedback channels for advertisers are a huge hole in the protection of devices. You can do nothing but throw away your smartphone and take the usual push-button “dialer”.

You do not control your property, which means you do not own it. In fact, we are the same peasants who are accountable to their digital kings.

There is a gap in this situation - all these problems will cause high-profile scandals, which means consumers will be able to regain at least a fraction of their property rights.

Uline.pro will actively fight for this. We, a team of initiative experts from Belarus, advocate the development of a safe and socially oriented Internet of things. And we will make it that way!

Join us in social networks!