Smart Moscow: what IOT-technologies are already in the capital?

Moscow is included in the top five megacities that are best prepared for the introduction of innovations. The capital of Russia was put on the same shelf with Barcelona, Sydney, Singapore, London, New York and Hong Kong. Moscow is in the lead in terms of the number of urban Internet services and free Wi-Fi points, the construction of a new roadbed and the low cost of public transport fares.

Moscow has already entered the seven of the smartest cities on the planet. Let's find out what technology is hiding behind the lights of the capital?

How did Moscow manage to become one of the most advanced cities in the world?

Second place for free internet coverage for non-rubber. A city network called Moscow_WiFi_Free already operates on more than 200 streets within the garden ring. Wi-Fi is equipped with dozens of parks and hundreds of stops. The first points began to appear about six years ago. Immediately there were about ten, and then their number began to increase sharply.

In 2013, the Moscow metro gained access to free internet. This is the largest Wi-Fi network in Europe, which gave Moscow the title of the first city with Wi-Fi access in the metro rolling stock.

The Unified Medical Information Analytical System (UMIAS) was launched in Moscow healthcare institutions in 2011. Several dozen IT companies worked on it and this is again the only digital medical management system of such a large scale in the world.

At the very beginning of work, the electronic registry was able to reduce the queue in medical institutions by almost three times. After EMIAS supplemented with electronic medical records, the option of creating digital prescriptions, hospital discharge and a number of useful applications for patients. The system is used by hundreds of healthcare institutions and millions of Muscovites.

Moscow is among the top 10 leading countries in terms of coverage by video surveillance systems and high-quality video analytics. The city has almost 200 thousand cells located in crowded places, in the entrances of houses and in the yards.

This state of affairs helps to solve crimes and control the work of public utilities. Several thousand crimes are revealed only thanks to all these cameras.

Real-time broadcasts are delivered to the Unified Data Storage Center, where officials and law enforcement officers have constant access. Ordinary citizens are given access only in the event of an accident - accident, damage to property, theft and so on. You just need to name the approximate date and time, contact the police and get the right video material.

Five years ago, the Situation Center at the Center for Traffic Management began work in Moscow. It analyzes the data received from the equipment installed in the city - speed sensors, smart traffic lights, video surveillance cameras and surveillance systems installed in urban public transport.

The task of the Situation Center is to increase the capacity of Moscow roads.

In real time, the work of traffic lights, public transport, the meaning of road signs, various displays and so on is adjusted.

Center operators predict traffic flows and eliminate bottlenecks where traffic jams may form. Since 2010, cooperation has been established with Yandex.

In the early years of the system, traffic congestion decreased by a third, and the number of accidents decreased by 25%. 95% of the fines are issued using equipment installed on Moscow roads, and not by people with a striped stick.

This development allowed Moscow to get out of the top ten of the busiest cities in the world, where five years ago it stood in first place.

The problem of the ever-busy center of Moscow was solved by paid parking lots and mobile video recording systems. Hundreds of parking meters work at paid parking lots, which raised several billion rubles and they will be used to improve the capital.

Another positive point - over the past eight years, the speed in Moscow has increased by 13%, and the number of accidents has decreased by almost 50%.

These results were one of the reasons for receiving the Global Public Transport Awards last year.

In 2010, the portal of urban services of the city of Moscow was opened, which was invented as a single place of access to all existing local services. All city officials switched to electronic workflow, and there are 15 times more available online services.

On this portal you can make an appointment with a doctor, pay for utilities, apply for a registry office, sign up for kindergarten or school, check your child’s diary and much, much more.

Every second Muscovite uses the services offered, the portal has a multi-billion dollar audience and it is considered the most visited state website in the world.

If you need online business services, you can find them on the Moscow investment portal.

Drivers can see services for car owners on the Autocode portal, which was launched four years ago. Here you can sign up for an exam in the traffic police, make a payment for fines or try to challenge them, calculate the price of transport insurance or find out the transport tax. You can also check the history of any car on the portal - enter the VIN number of the car you are interested in and find out its mileage, whether it participated in the accident and to whom it belonged.

In 2012, the Unified Mobile Platform of the city of Moscow was launched, which became the basis for all mobile services of city departments. Even if you have an old push-button telephone, you can use SMS to find out that your car was evacuated, check the legality of the taxi car, or get information about fines for the traffic police.

The Moscow government open data portal was also created, which allowed the development of third-party applications for the city. Bureaucratic processes have become more transparent, the opportunity has appeared to create new socially useful products and, of course, decently save time and money of citizens.

In 2011, Sergei Sobyanin came to the conclusion that it was time to establish some kind of communication channel with the initiative citizens. So “Our city” was launched - a portal where you can write complaints about officials and public utilities.

Since then, users have been dumping photographs of road pits, curved tiles, dirty porches and courtyards, ragged flower beds and broken swings. Each complaint must be resolved in 8 days. Previously, “Our City” was often caught using Photoshop — officials sent photos of a well-maintained city, although in reality everything remained the same. But now everything is fine, the pictures are checked using photo editors.

In 2014, an electronic referendum system called “Active Citizen” was launched. Here a voting system has been established on various issues of urban planning. For example, where and how to plant trees and how new public transport routes should go. Participating in the project is not only socially significant, but also beneficial - all voters receive points that can be spent on parking, travel tickets, theater or museum tickets.

Moscow Mayor’s Office has also created a crowdsourcing platform where you can offer your ideas for city improvement or discuss others.

Now “Our City”, “Active Citizen” and the crowdsourcing platform are a single system called “Together”. 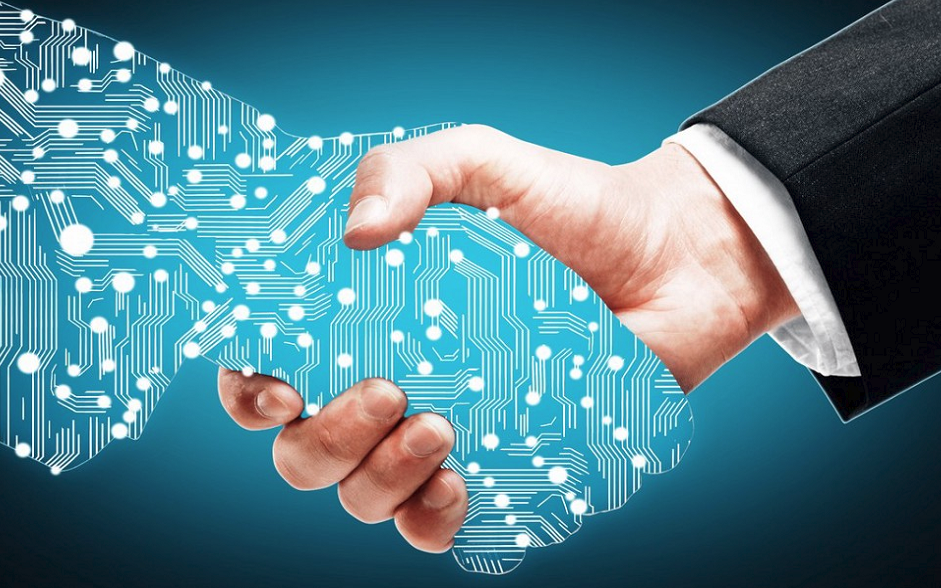 Moscow is actively introducing a sharing model of relations for unloading roads and improving the ecology of the city.

For example, in 2-13, a city bike rental was created where it was possible to rent or return a bicycle at any convenient station - there are now about 400 of them. The parking is automatic, powered by solar panels.

At the same time, a bicycle structure is also developing - the number of bike paths from some 9 km has increased but several hundred.

In 2015, car sharing began to actively move forward - per-minute car rental. Experts believe that one such car removes 15 personal cars from the roads, as this is much more profitable than servicing your own car. Soon, such fleets will be flooded with electric cars. 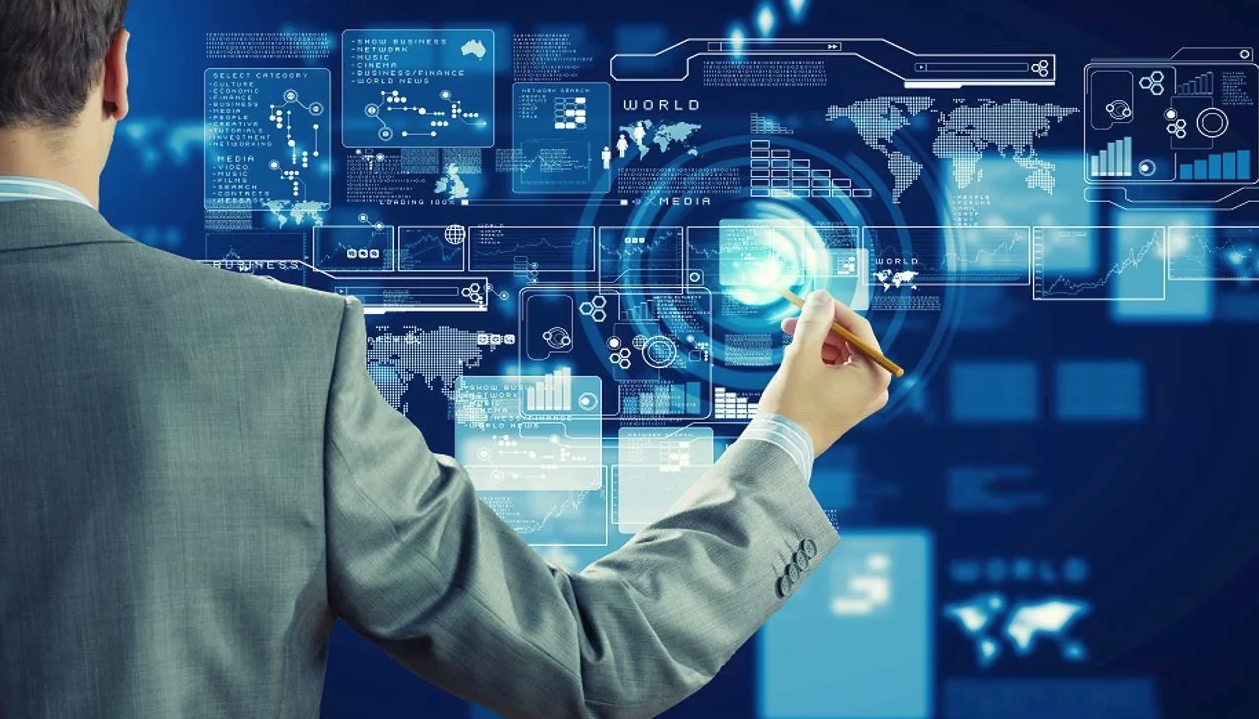 Informatization of school education is the goal that the authorities set themselves back in 2010.

By the current moment, tens of thousands of computer classes have been equipped, an incredible number of interactive whiteboards and PCs for teachers have been purchased.

A system of electronic diaries appeared and the “Moscow Register of Education Quality” was introduced.

A little over a year ago, the Moscow Electronic School educational system was launched, in the cloud of which there are lessons, a library and an accounting journal. Thus, teachers spend less time preparing for classes, and it is easier for students to get access to interesting and useful material. With the use of the Moscow Electronic School, academic performance in educational institutions increased to 15%.

In Moscow, devices are installed everywhere for the automatic reading of water and electricity meters.

They will save time that citizens usually spend on obtaining and entering this data.

Public utilities machines were equipped with the GLONASS system, which allows controlling the routes of harvesting machines. Soon, sensors will be installed that will report on the operation of cleaning tools.

Several houses are currently being tested in areas where adaptive lighting and heating, smart meters and garbage containers are installed. If the test result is successful, then all the houses in Moscow will gradually become smart.

Sounds incredible? Take a look around, the future has come! IoT devices will soon become an everyday part of our lives, and we, the Uline.pro development team, will do our best to speed up and reduce the cost of this process!

Subscribe to our news on social networks! Join the Uline.pro Team!