21 technological breakthroughs that will be completed before 2030 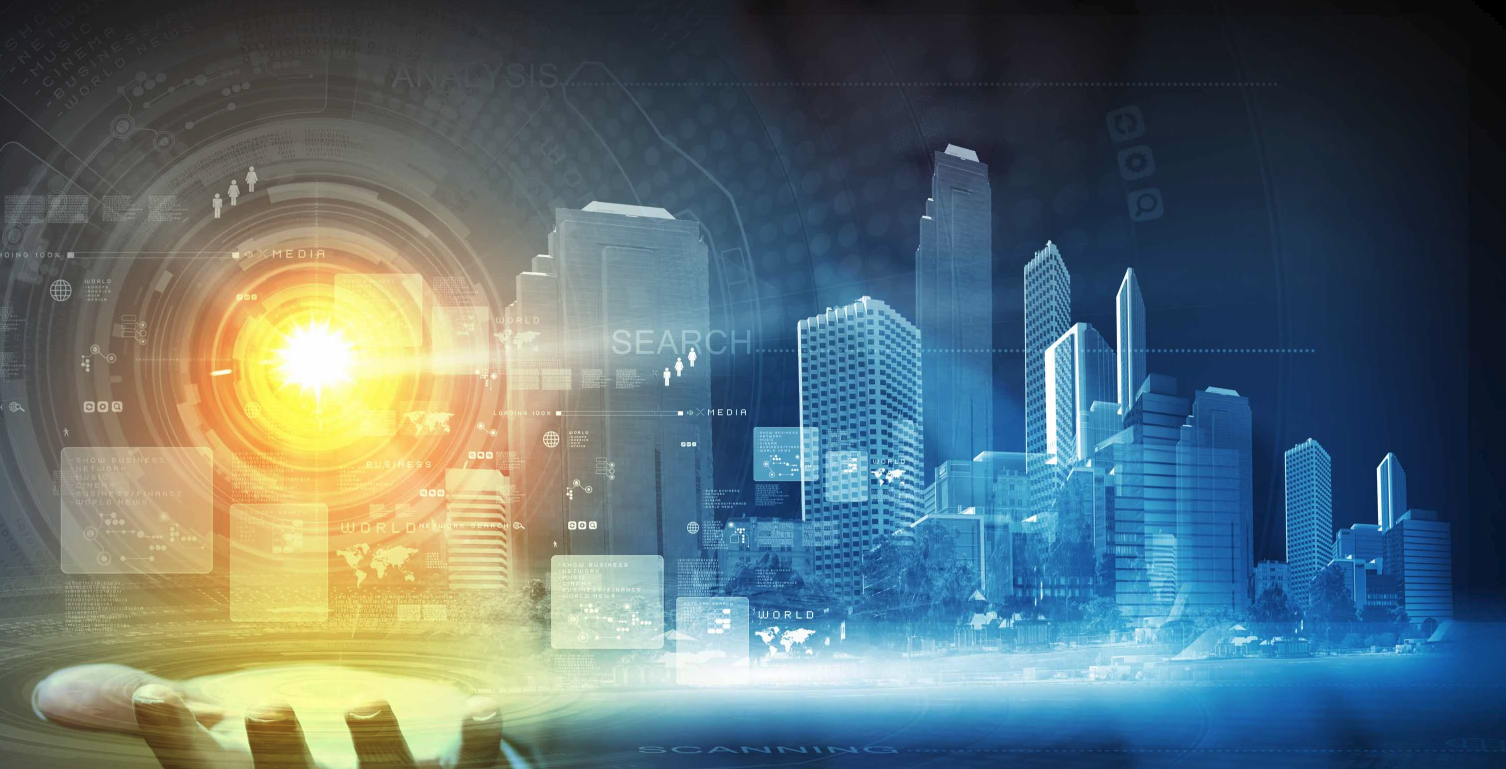 In the next 12 years, a lot of important things will happen from the point of view of the Internet of things. Many smart devices that we have only heard from our ears will become commonplace in a couple of years.

In this article, we will talk about what you can expect from developers in the next decade. Let us look into the future. 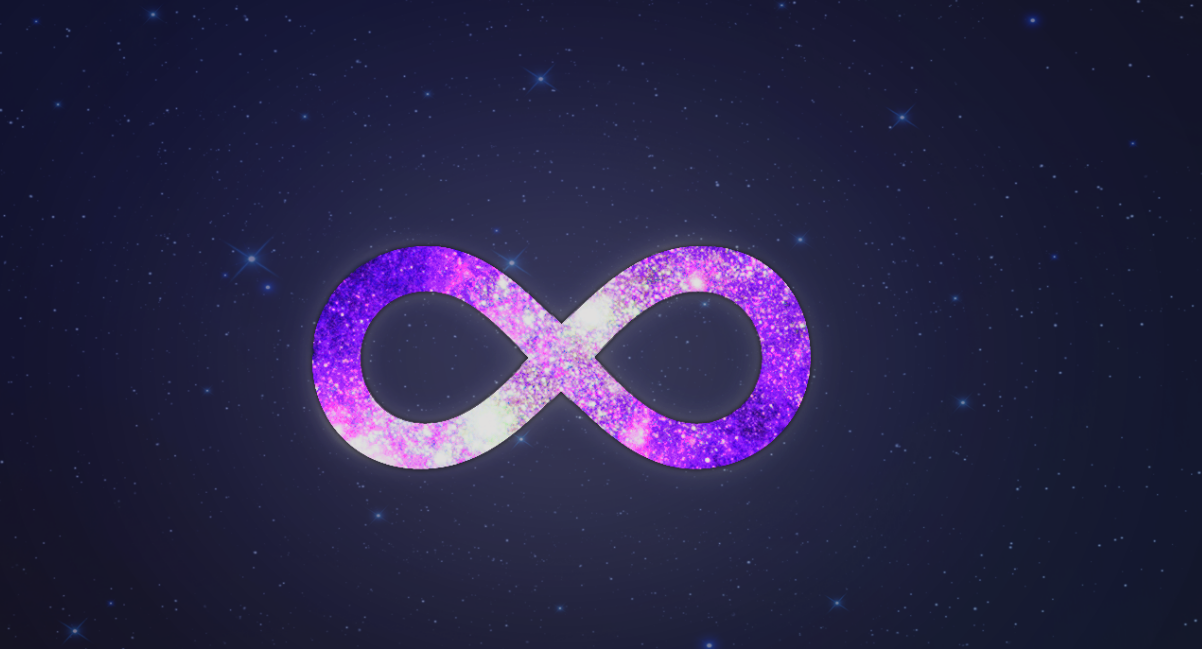 In general, experts say that less than a year is left, and you can forget about deleting old files in order to clear up space for new ones. Almost the entire population of the globe will receive unlimited access to web storage, where you can drop all vacation photos that have accumulated over decades, all seasons of your favorite TV shows - in short, whatever.

Now it’s cheap to get space on the Internet in order to throw everything that clogs a PC there. About 50 dollars a year and you will be given as much space as you need.

But we are waiting for it to be free! The price of a gigabyte on the hard drive is getting cheaper every day, and the amount of data is increasing (how many duplicates do you make for one successful photo?). 90% of the most popular storages were created in the last three years and they all try to offer the most pleasant price for bait users.

There are skeptics who suggest that we can’t get such an attraction of unprecedented generosity - there will always be a demand for free GB, so anyone who is sorry to remove their spectacular videos from the prom will still strangle the toad and buy it for themselves free web space.

2. In three years, we will definitely see the robot pharmacist!

Production has been robotic for a long time, complex jobs will tend to disappear - human life is too valuable to dispose of so easily at construction sites and mines.

High technology will not pass pharmaceuticals as well, equipping this industry with high-speed and super smart assistants. The first of these we should see around 2021 among the Americans.

3. In four years, 1 trillion sensors will receive data and commands from the Internet 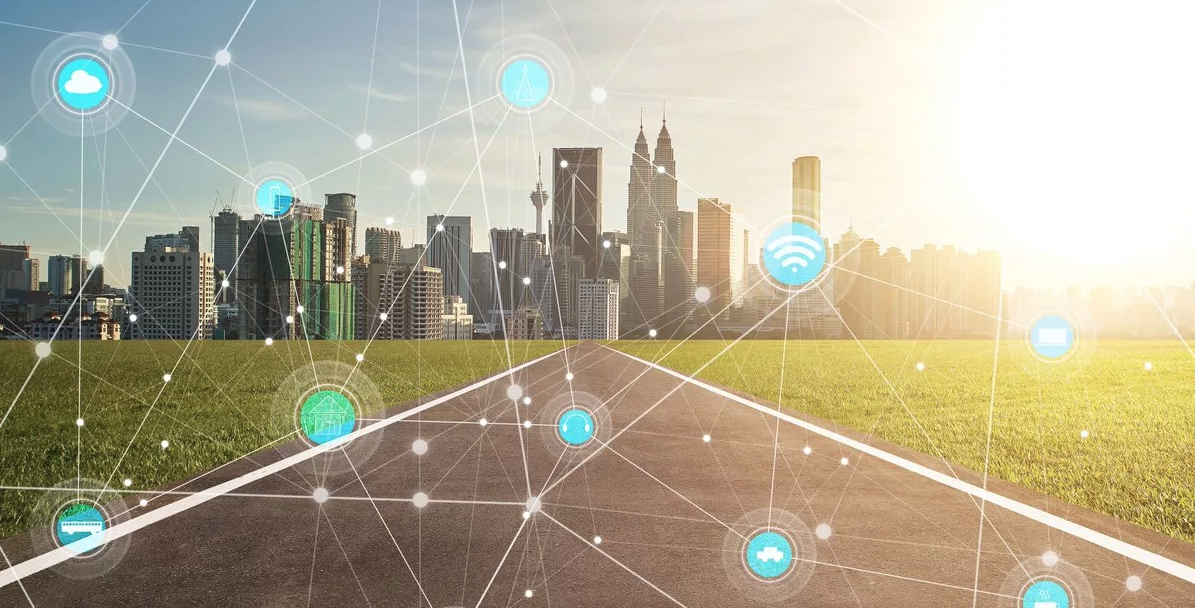 Sensors are falling in value every day while their computing power is growing. Devices will be connected to the network regardless of their purpose - watering hoses, shirts, kitchen spatulas. Everything.

We will receive information about our environment, we will communicate with each other and simplify our daily lives with at least a trillion IoT devices.

Remember this number because the experts at the time of making the forecasts had no idea that the Uline.pro platform will soon begin to function, designed to simplify, reduce the cost and give greater security to each smart device. When the project is launched, new smart devices will be released hundreds of per day. So, the number of sensors can differ significantly from the estimated trillion tens of times larger side.

4. After 4-5 years, ⅕ of the world's population will be connected to the Internet 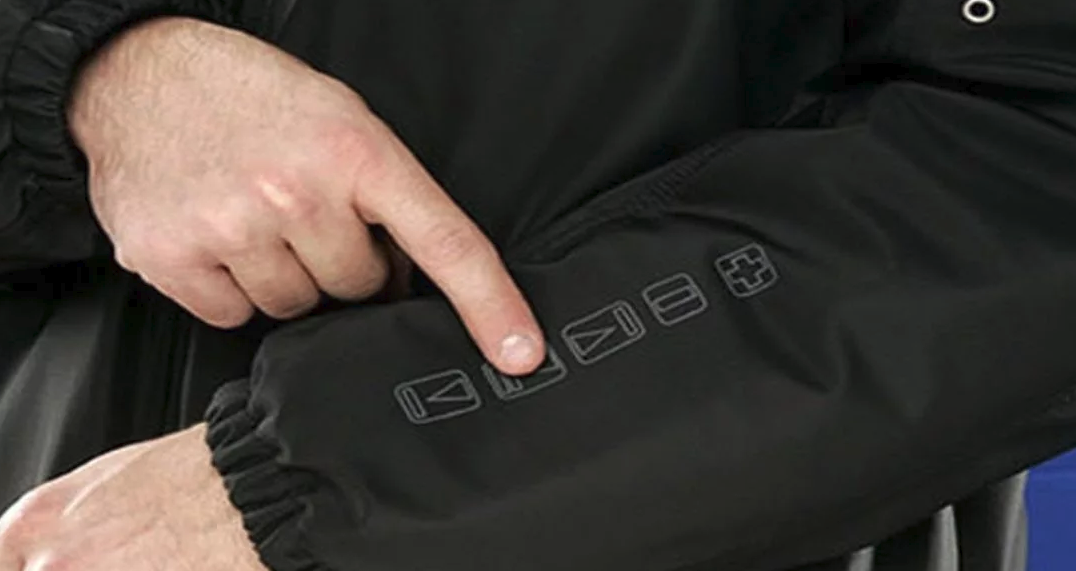 If watches and jewelry with access to the network no longer surprise us, then smart clothes are something new. The point here is not that “with an easy movement of the hand, the trousers turn into elegant shorts” - everything will be more high-tech, with chips and with the exchange of data on the state of the medium with the Internet. 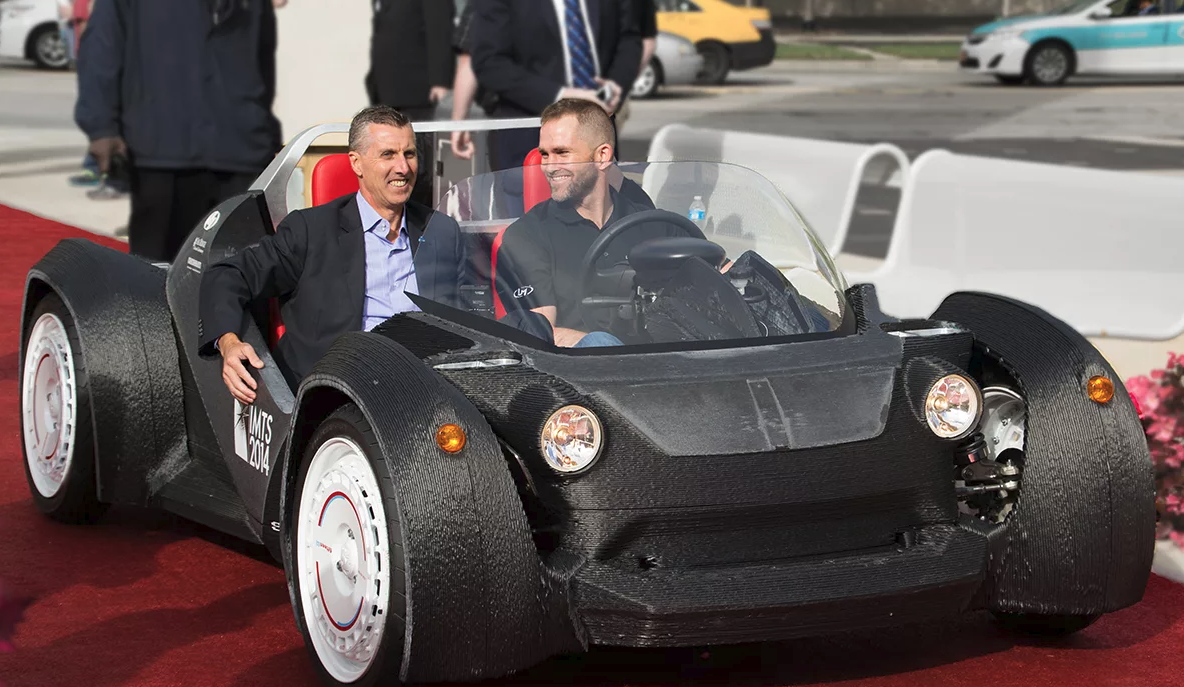 All these printing devices are becoming more powerful every year and can create quite complex objects from various materials and substances. The auto industry is looking towards 3D printers with enthusiasm - now three-dimensional printing is used to manufacture some parts, and in the future, “swallows” will be stamped in this way entirely. 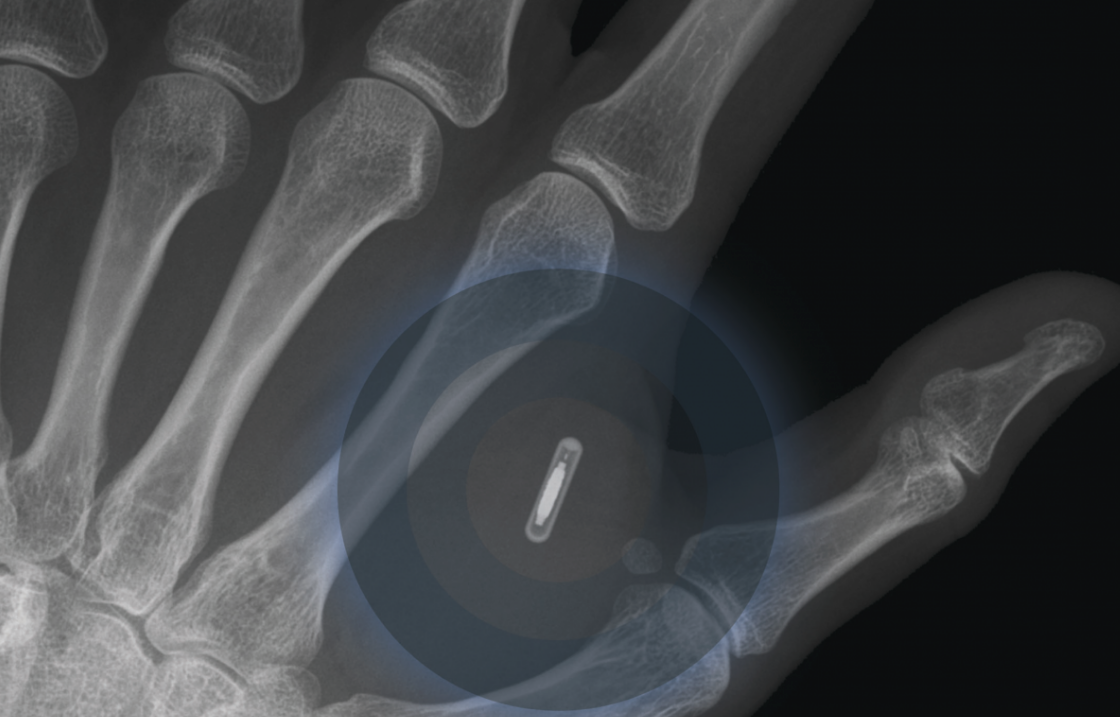 Being a thief is getting harder every day! Very soon there will be phones that will be implanted in the skin of their owners and will monitor their health and allow them to communicate through the power of thoughts or radio signals. That is, you will no longer be eavesdropped in a store line or in public transport! There will be lines in 2025, right? And street thieves will not have a single chance to leave you without a communication device!

The state census will be replaced by BigData technology in five years!

Collecting, managing and processing data will become simpler tasks. Over time, governments will abandon the boring methods of collecting information in favor of what high technology and automated programs can offer.

In Canada, they are already experimenting with similar methods, but they have not completely abandoned the old and familiar procedures during the census.

8. In 2023, one tenth of reading glasses will have access to the Internet 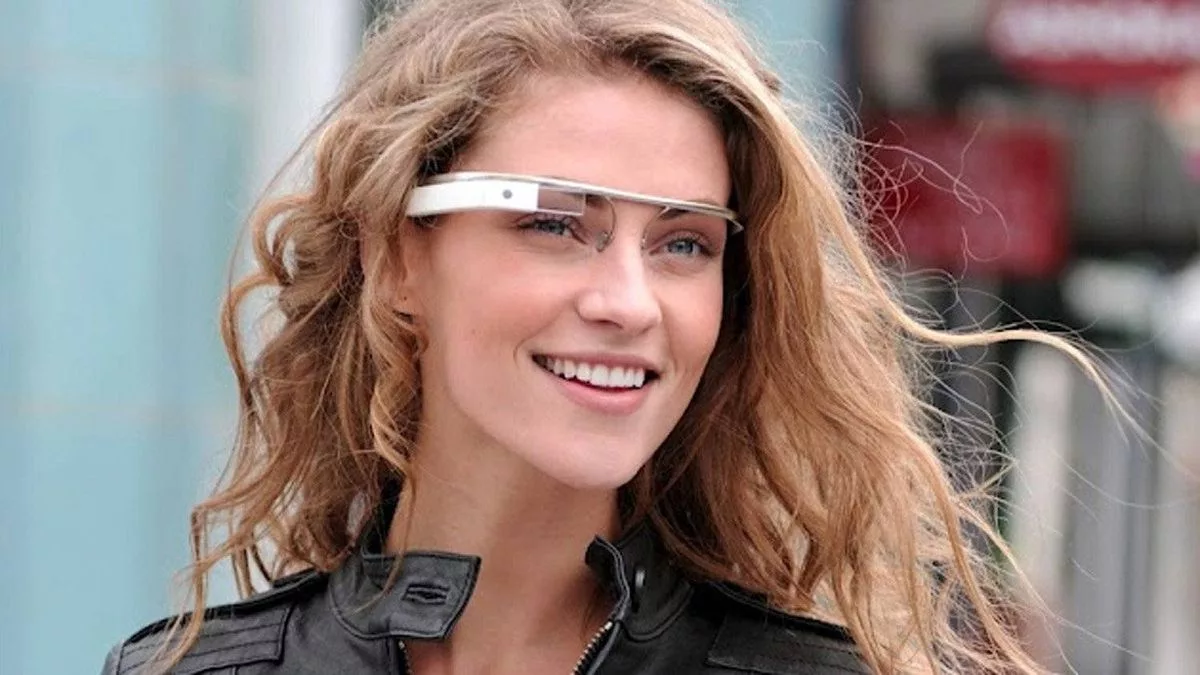 Smart glasses will be our everything. They will allow you to move to a higher level the process of interaction with the outside world. We will gain access to useful applications that will enable you to immerse yourself in augmented reality, and the accessory itself will be controlled through eye movements.

Google has already shown a similar development, and now the company is working on creating smart lenses for vision.

9. In five years ⅘ all the inhabitants of the Earth will be present in two worlds at once - in the real and digital 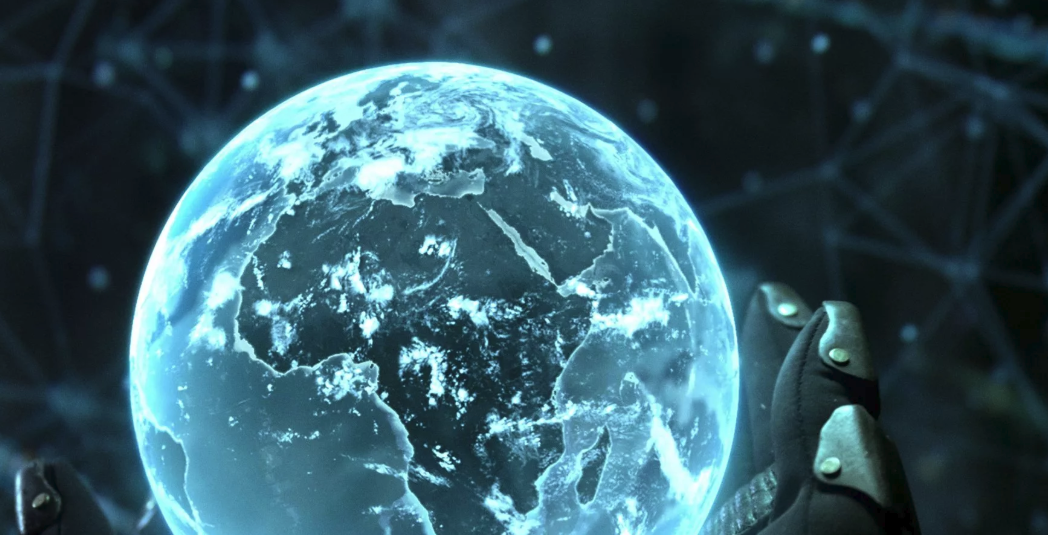 Internet technology does not stand still, so virtual reality is getting closer to us. The digital side of life will be fully revealed to us by 2023 and it will increase its influence every year.

10. Blockchain will help to collect taxes! 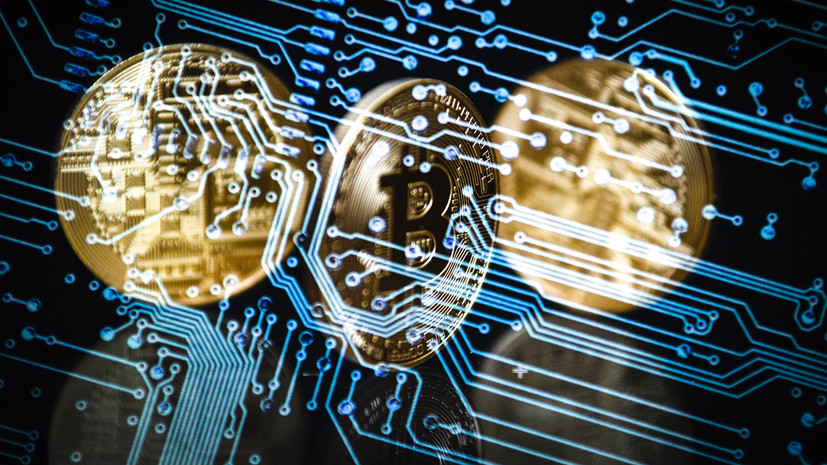 In five years, an uncontrolled distributed registry will help to collect taxes from the population, as it will be used in the framework of maintaining public databases. So we are waiting for a breakthrough of blockchain technology in the near future!

11. In five years, a supercomputer will be in your pocket! 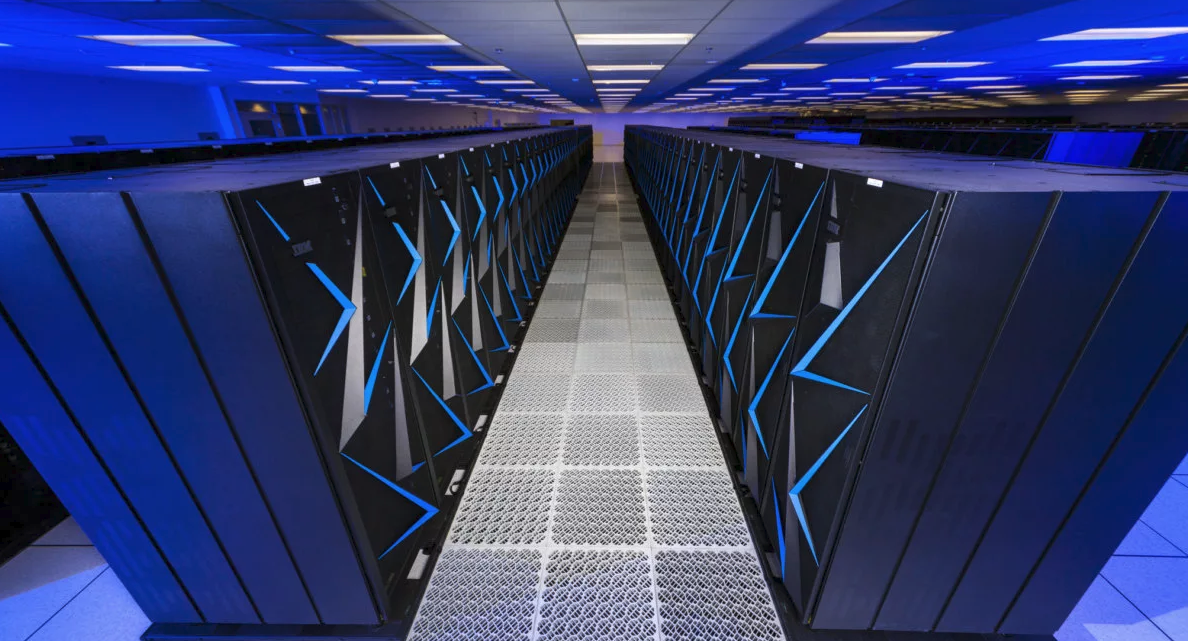 Or it will not, if you do not fall into the happy 90% of the population of our planet.

Now smartphones are more important than computers for ordinary users, most newcomers enter the Internet for the first time through a mobile device. The equipment is getting better every year and the day is not far off when your device will turn into a supercomputer that fits in the palm of your hand!

12. Using the Internet is a basic human right! 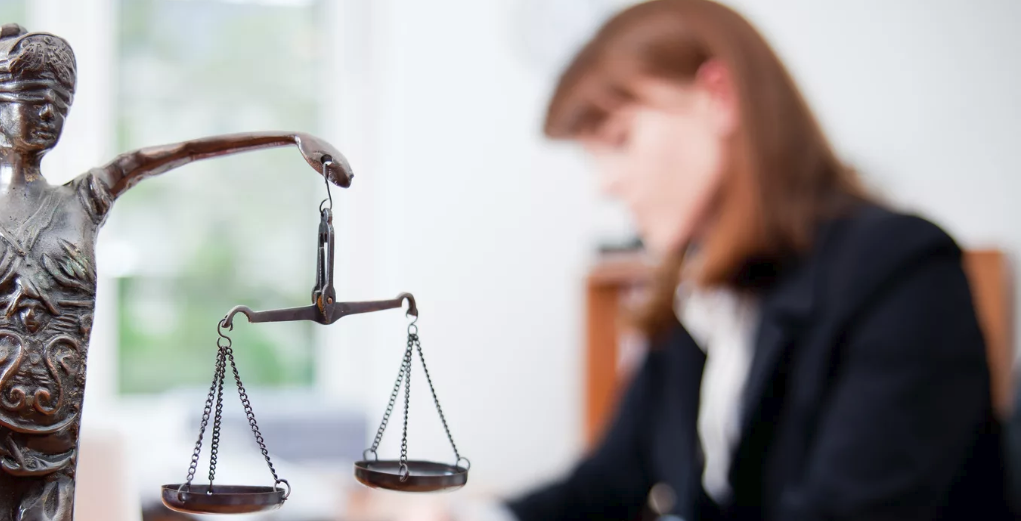 That is how you can say it already in 2024, when someone asks you to stop broadcasting online during the screening of the film. It is expected that access to the network will become more accessible and more necessary. So, if someone tries to prevent your internet surfing, call the police! They want to infringe your rights!

13. Someone will get a liver printed on a 3D printer in the next five years!

In healthcare, all sorts of technological gadgets have been used for a long time, for example, 3D printing of various parts of the body. You can print the bone, or you can - some vital organ. How many prosthetic arms and legs! But the liver has not yet been created, but it is fixable!

14. Behind smart devices - more than half of the Internet traffic! 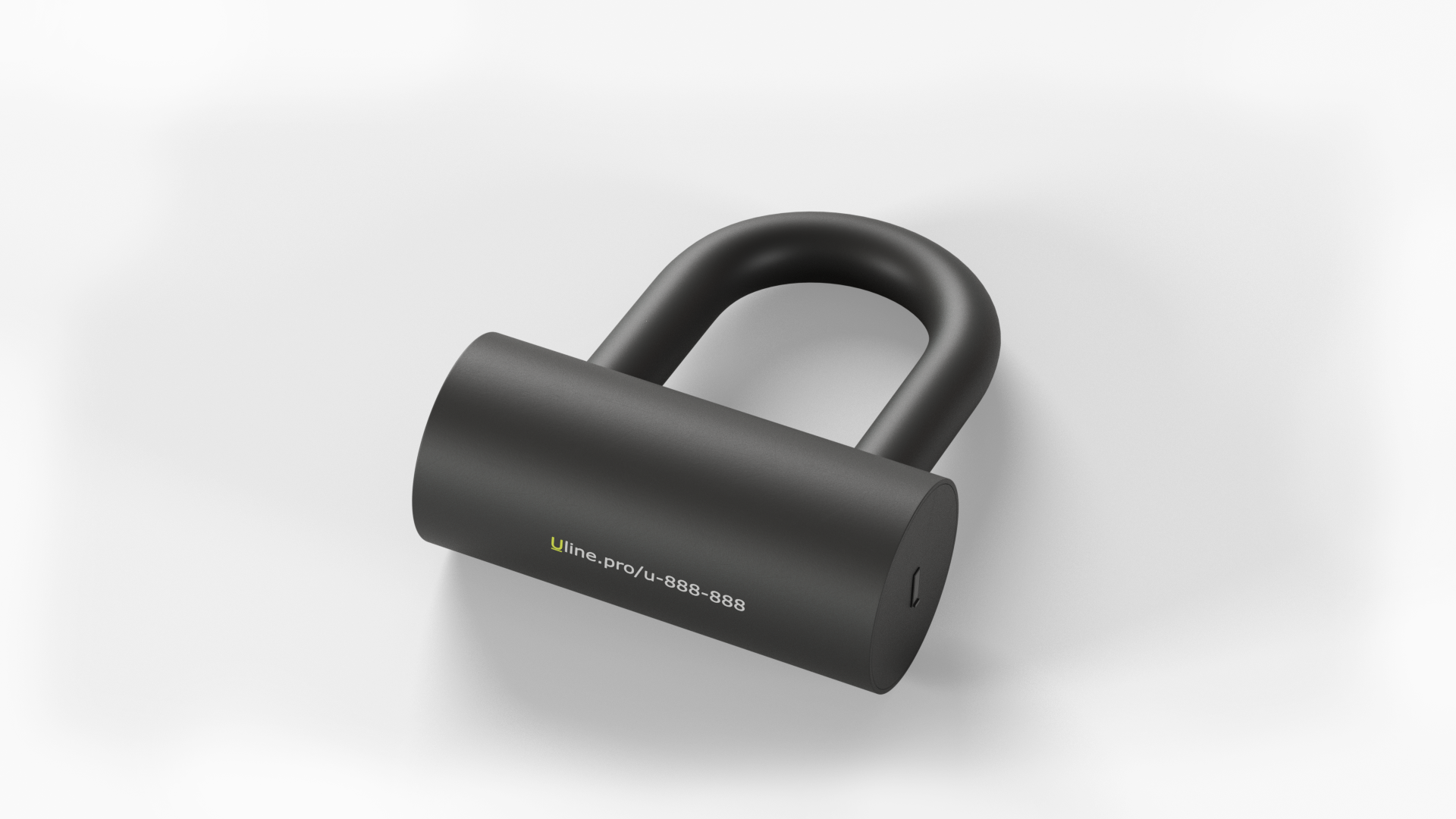 Already in 2024, everything that will be used in everyday life and have the prefix “smart” will get more than half of the Internet traffic!

The more sensors will be produced and launched, the more they will drag the world "Internet blanket."

Now most of the home traffic is used for personal needs of a person - we endlessly wind up a feed on social networks, communicate, use various content. And soon, gigabytes of information will receive all the elements of a smart system installed in the framework of housing.

15. About 5% of consumer goods will be printed on printers! 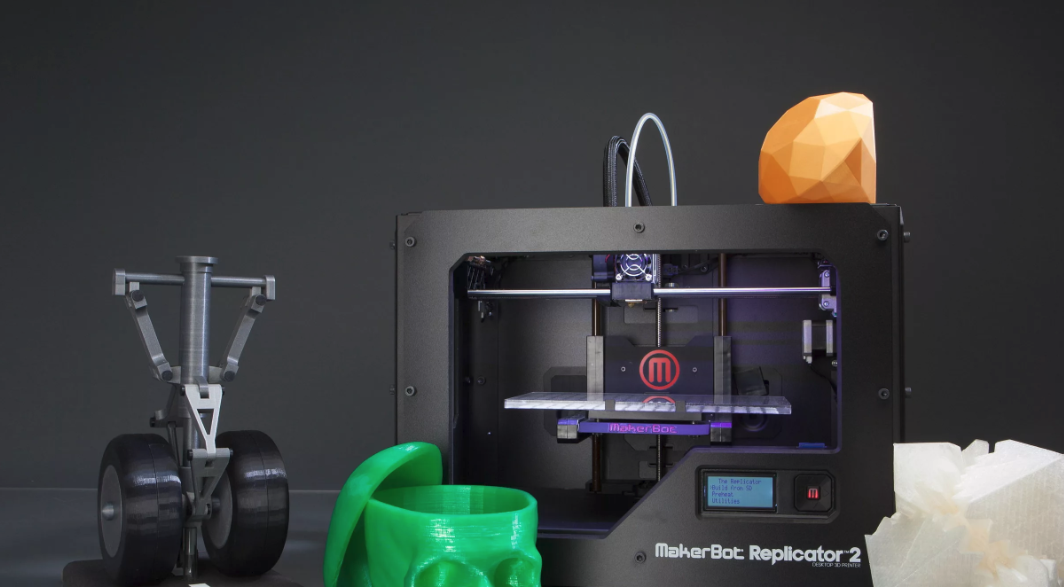 Now an ordinary person can also buy a 3D printer and dispose of it at his discretion. Technology has long interested large manufacturers. Printers are getting cheaper, but they are becoming simpler, more powerful and more productive. So very soon they will be at the head of small plants and factories, providing the population with various necessities. Anyway, you can print the right things from home! Torn pants? Let's print new ones! Is an omelet stuck to the pan? Now let's print a new, non-stick! Well, you get the point.

16. In 7 years, artificial intelligence will send about 30% of office workers to the labor exchange!

Those who giggled at manual workers, threatening them with the prospect of more intelligent, efficient and non-smoking robotics, now themselves were under attack. The shadow falls on managers, accountants, economists and other amateurs to sit at a table with a mug of tea. Managers should also keep their eyes open - they breathe in the back machines that are able to organize business processes at the highest level.

According to research, modern technology allows you to automate more than half of the responsibilities for which people are paid money. The secretaries have practically no chance to stay afloat.

We are switching to joint consumption, because we care about the environment and want to properly manage our money. The best example of this approach is implemented in car sharing.

People like this business model more and more. Keeping a personal car is very expensive. Here and gasoline, and car services, and anxiety for the condition of the machine in the winter. A car sharing service involves an hourly pay and a complete absence of a headache for servicing a vehicle.

18. Eight years - and every 10th American car will be unmanned. 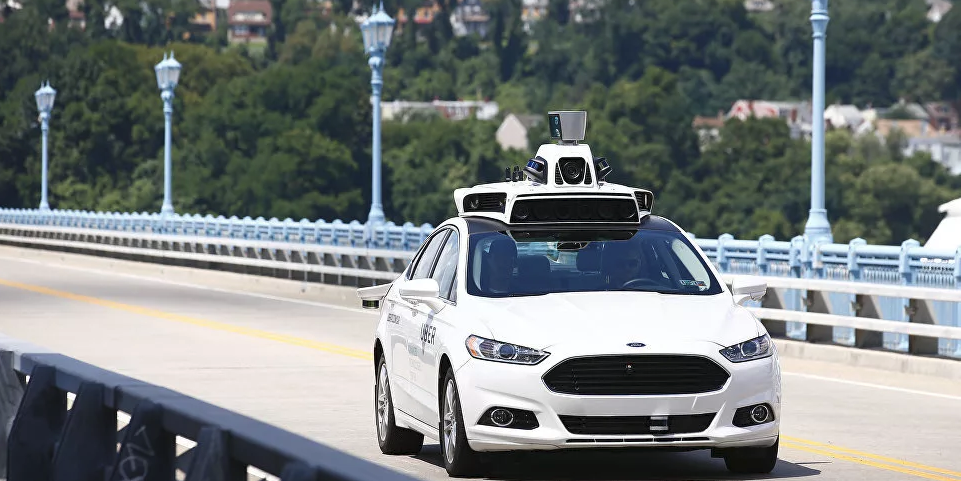 We will probably have every 5th, as the spirit of competition has not been canceled! So, rehearse the pose of a vacationer - soon you will not have to steer and shift the gearbox! And the amount of harmful emissions will be significantly reduced.

It is expected that after seven to eight years, behind the doors with the sign “Director” cars will be hiding. Artificial intelligence will make important business decisions to optimize production and management processes.

Robots are able to analyze complex processes and obtain useful information from them, act based on the experience of past situations and improve due to this. Low-skilled professionals should keep abreast, highly qualified - even more so.

20. The first smart city will appear with 50 thousand people and with no traffic lights

It is expected that in 2025 a smart urban-type infrastructure should be formed with the unification of all objects into a common network. All processes will be automated, logistics, energy and traffic will be taken under a single control.

21. A tenth of the world's GDP will be stored in bitcoins!

Or in some other cryptocurrency. The faster the blockchain technology develops, the sooner this will happen. Experts predict that in 2027, for sure, part of the cash reserves will be presented in cryptocurrency. Just at this time, all world governments will become more loyal to digital payment methods and will allow them to be applied everywhere.

In fact, all these things will happen a little earlier, when the creation of smart devices will be somewhat settled. Usually forecasts come true much earlier and what is described above will not be an exception.

We, the Uine.pro development team, are launching our platform in dreams of a better future, where there will be no place for the dissemination of personal information and the high cost of smart devices.